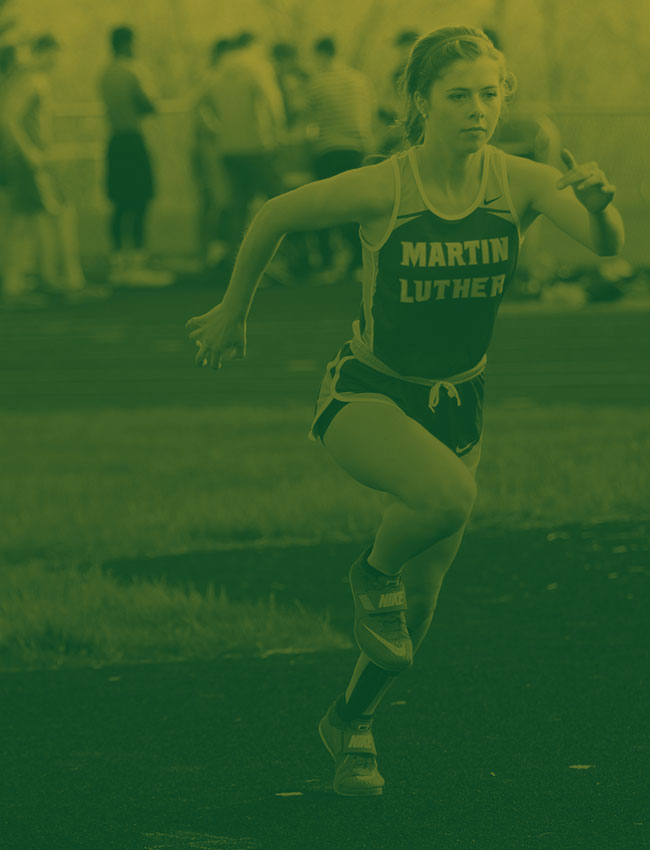 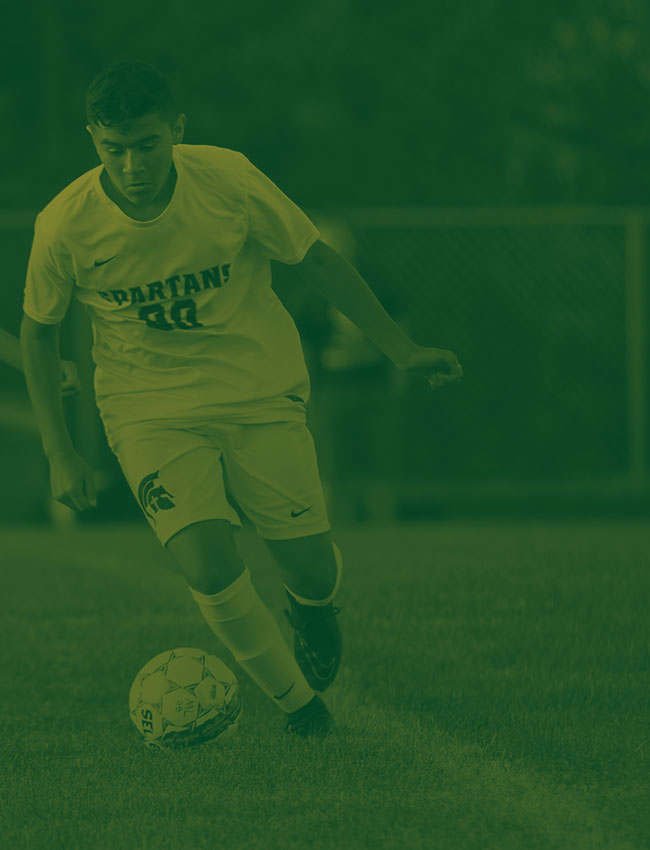 Spartans Official Sponsor
Written by Gene Schneider –  Edited by Carl Eisman
In December of 1967, I was hired as the Athletic Director and Physical Education Department Head. I was recommended by a number of Milwaukee Lutheran High School staff members and was hired by Mr. Roland Kelling, the acting Superintendent. There were thirteen original staff members. It was an outstanding group of dedicated Christian people.
In January of 1968, (at that time I was in my fifteenth year of teaching and coaching at Racine Lutheran High School), I started organizing and ordering equipment for both the Athletic and Physical Education Departments for Martin Luther. Jim Healy (of Milwaukee Sporting Goods) and I sat down and designed the ML Athletic Letter. At that time in the history of the Midwest Prep Conference, Milwaukee Country Day and University School were merging and they decided to use the University School colors of blue and white. MCDS had green and gold as their colors so it opened the door for me to use green, gold and white for Martin Luther. I always liked those colors as they were similar to the Green Bay Packers who were great in the 60’s! Milwaukee Sporting Goods Company really helped us with most of our equipment needs and supplies during those early years.
At our first Faculty Meeting in August of 1968, I suggested that the nickname for Martin Luther be the “Saints”, but that was not approved by the faculty. I then suggested the name “Spartans” after Michigan State University and the faculty agreed to that name. That is how we became the “Mighty Spartans”, although we weren’t so “mighty” during the first year. “Mighty” had to wait until the following year.
During the summer before we started school the faculty gave tours of the school every weekend in order to drum up interest and promotion of enrollment. We started with ninety students of which forty-two were boys. I telephoned all forty-two of them and encouraged them to come out for football. In addition, I mailed them motivational letters of encouragement. We started our football season with thirty boys on the team, two student managers and a coaching staff of three; Ted Richter, Ken Mangels and myself. We had our work cut out for us as these were raw kids. They were inexperienced and green as far as football went. It was the first time they had ever engaged in a contact sport. In fact, our white and green uniforms didn’t get very dirty that first year as we lost all eight games of a JV schedule. We also didn’t have any serious injuries – THANK THE LORD! In our first game against Milwaukee Lutheran, we lost 45-0. That is pretty much how each of our games turned out that season. But things changed the next year when we beat ABE in our first game and went on to post a 6-2 record. That included a 48-0 drubbing of Milwaukee Lutheran, and boy, was that FUN!
In the fall of 1970 we joined the Midwest Prep Conference when Concordia High School of Milwaukee dropped out. We had a very respectable beginning as we went 5-3.
During those first three years we played all of our games away until in 1971, Spartan Field was developed with the hard work and dedication of the ML Men’s Club and the coaches. Those were exciting years as all our school programs were fighting to make Martin Luther High School a great school and to give praise to our Lord, Jesus Christ.
In 1968, we started our basketball with no bleachers in the gym – only chairs on the outside walls for parents and students. Ken Mangels was my assistant coach that first year.
We started baseball in the Spring of 1969 with no field except a homemade hilly field behind the school. Dick Schneider, our science teacher, was my assistant coach that first year.
We had no girls sports that first year as Evelyn Baisch was our first girls P.E. teacher. In fact, our P.E. classes were so small, we had Co-Ed P.E. already in 1968! Evelyn had six girls in one class and I had six boys in the same period, so we had a lot of co-ed games, especially in Volleyball and Long Base.
Also in our first year, I was looking for a school song and decided on the Ohio State University Song, “Across The Field” and it was approved by the faculty. In 1969, Gary Lohmeyer became our new choir director and wrote the words to the school song.
In 1968 we also held our first Pep Assembly in the upper gym. The students sat on the floor and our faculty-student band played some great music. The sounds really bounced off those walls in the upper gym and gave us a feeling of power! Most all of the athletes in those early years also played in the band, so it was difficult as a coach to have your player play in the band before the game and not be in your huddle for last minute instructions. But that was part of the unique atmosphere that existed in those days that made it all so much fun.
Our first chapels were held in the Band Room with ninety students and thirteen teachers. It was a real family experience as we would join together to worship our Lord and Savior!
In the Fall of 1969, Charlene Moore was hired as our new girl’s P.E. teacher. She was given the opportunity to develop the girl’s athletic program and she did an outstanding job. She was the right person to get the girl’s program on track. As you can see today, our girl’s program is very strong and a lot of credit goes to Charlene.

As you can tell by these statements, my love for football, the football program, our fields, etc. have been key elements in my life at Martin Luther. I have so many wonderful and loving memories and I thank the Lord daily for the opportunities He has given me.

No Events This Week

Events are added by athletic staff.
View All Events